Thanks for your request.

We will contact you to confirm your order before the end of the next business day.

There are no items in your cart.

Would you like to save this information for next time?

August housing starts rose 3.9% to an annual rate of 1.615 million units, carried by a nearly 22% jump in the highly volatile multifamily sector. This counters the 2.8% drop in single-family starts (Figure 1).

Compared to the same month last year, total housing starts are 17.4% higher. Again, this gain is driven by the multifamily sector, which was up a massive 53% over the last 12 months. Single-family construction grew a much more modest 5.2% over the same period.

Year-to-date housing starts are up a substantial 21% through August, translating into nearly 200,000 more units.

Figure 1 also reveals that housing starts each month this year, which are expressed in annual rates, exceed the total number built last year; with last year’s starts shown by the figure just above the gray dashed line.

The pattern is similar for multifamily housing, with this year’s monthly activity exceeding the total number built in 2020 each month except for February.

August data reveals that three of the four U.S. regions saw an increase in activity (Figure 2). Only the West fell off. This region, which accounts for one of five new U.S. houses, declined by 21% for the month to an annual pace of 318,000 units.

The biggest increase by percentage was in the Northeast, with starts jumping a powerful 167% to an annual pace of 179,000 units. However, this increase is on the heels of a heady 54% decline in July, so clearly, it is a very volatile region. It should be noted that the Northeast is the smallest of the four regions in terms of housing starts, so any significant changes either up or down do not affect the national figures to any great extent.

Finally, starts in the South, the nation’s largest housing market, were up just 1% in August, to 912,000 units. This is the only region where housing starts have risen virtually every month this year.

The blue lines in Figure 2 capture the underlying trend in housing construction for each of the regions. Two of the regions, the Midwest and the West, have been generally falling in the past few months. Conversely, the other two regions have been going the other way, with the South the most consistent, rising in each of the last five months. 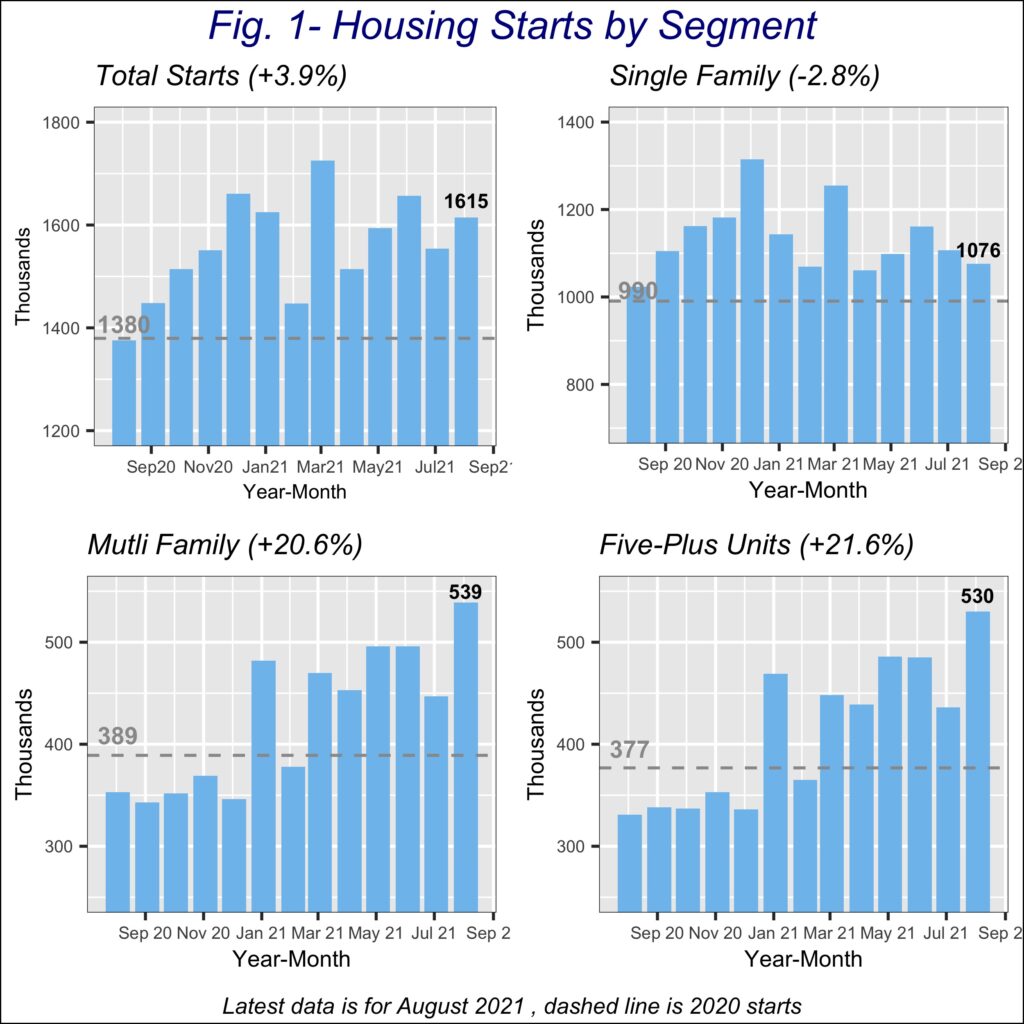 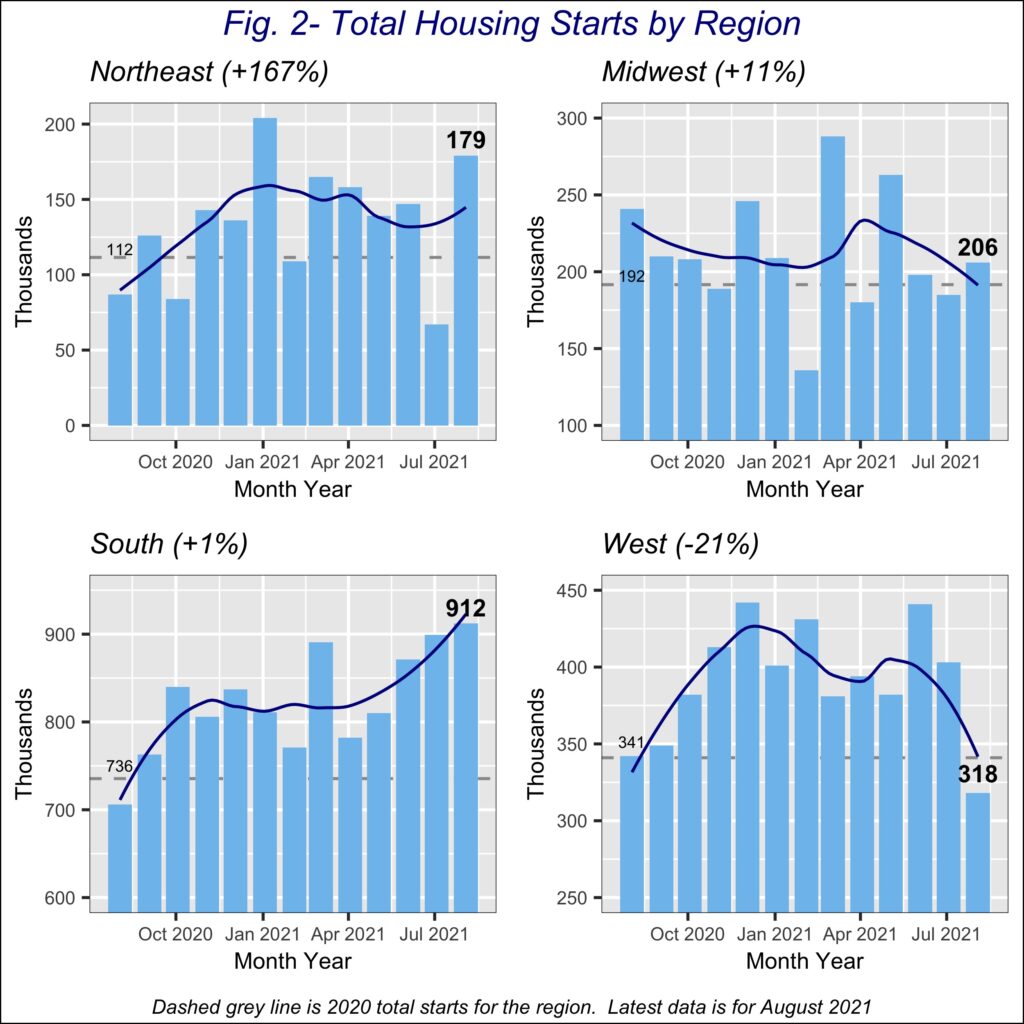